This news just in from distinguished environmental scientist Anne Steinemann: 12.8% of Americans in 2016 reported medically-diagnosed MCS, up 300% in ten years; and 25.9% report chemical sensitivity overall. (Compare to 9.4% of Americans with diabetes)

This proves once and for all that MCS by whatever name is NOT a rare condition – as is so often claimed – but a dangerously wide spread one.

(Scroll down for the full abstract; download the pdf here.)

These are horrendous and frightening findings. They represent spreading suffering, the effective loss of the right to a safe workplace and work itself for an enormous – and growing – percentage of the population, and they are a stunning testament to the toxicity of our social environments and our indoor air quality.

These figures should be taken as red alerts for every single one of us. They show that Multiple Chemical Sensitivity (by any of its common names) is a major public health issue that demands recognition and address as the chemical canary it really is. It is proof of the saturation of our environments by toxic chemicals that growing numbers of people cannot metabolize; chemicals that are causing epidemics of other kinds of chronic diseases throughout society. Photo credit – The Daily Mail

Just one reason among so many why everyone has a stake in reducing chemical sensitivity (MCS): 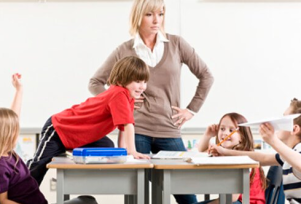 Would this also apply to Canada, where where 2014 Statistics Canada finding showed about 3% with the condition? The answer is a resounding yes! It is simply not credible that the percentage of people with MCS in the U.S. should be more than four times what it is reported to be in Canada. Many Canadian cities have banned pesticide use and that may be a factor in lower rates. However, even that factor would not likely account for such a discrepancy.

What is credible is that the episodic information gathering via the Canadian Community Health Survey of Statistics Canada is inadequate and much more research is needed. But what is even more credible – and more troubling – is that Canada so lacks capacity in its medical system that people are not even being diagnosed accurately. Therefore the extant statistics grossly under report incidence, and there is highly distorted feedback into our medical system about the existence and spread of this condition. It’s a shameful situation. 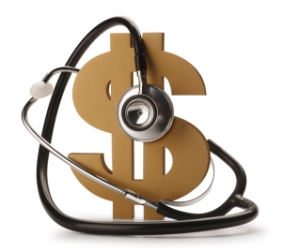 Why does it exist? There are many factors at work, including the organized and highly paid intervention of the chemical industry. But this intervention would not succeed in obscuring reality were it not for the policies and actions of both backward looking, self-interested medical associations and criminally irresponsible governments. These have resulted in systemic denials of MCS, which in turn is linked to refusal to acknowledge and address the larger public health crisis related to toxic chemicals. Photo credit – The Wharton School

Now, more than ever, the new U.S. figures demand public health action to control and replace disease-causing chemicals with healthy alternatives, as well as clinical policies – from mandatory training to mandatory inclusion of clinical services – geared to helping the people whose bodies cannot handle the poison chemicals all around us now.

If you live in Ontario…

Your vote counts to the politicians who will soon run in the next election. Write a letter, and send it to the Minister of Health and Long Term Care, to the Minister of the Environment and Climate Change, to the Premier, to your member of provincial parliament, to the head of the political party or parties you would be likely to support and to their health and environment critics.

Your letter can be as simple as these two examples:

To Liberals: “If you want my vote, you need to radically upgrade your performance on major policies regarding toxic chemicals, and you need to make this commitment public, transparent and emphatic. Included in this would be a commitment to immediate implementation of the recommendations of the Phase 1 report of the Task Force on Environmental Health before the coming election, along with a commitment to implementing  the main systemic recommendations of the 2013 proposals for a network of care embodied in proposal for an Ontario Centre of Excellence in Environmental Health immediately following the election. This would also honour your government’s longstanding, but so far empty, pledge to recognize and support those with ES/MCS, and show that you follow through on, not betray, your promises.”

To election-seeking politicians in other parties: “If you want my vote, you need to radically upgrade your performance on major policies regarding toxic chemicals, and you need to make this commitment public, transparent and emphatic. Included in this would be a commitment to demanding that the Liberal government immediately adopt and implement the recommendations of the Phase 1 report of the Task Force on Environmental Health before the coming election, along with a commitment to implementing  the main systemic recommendations of the 2013 proposals for a network of care embodied in proposal for an Ontario Centre of Excellence in Environmental Health immediately following the election; and that your party would publicly commit to take such actions were it to be elected the next government.

For other ideas about how to politicize toxic issues drop in to our list of suggestions for making toxics an election issue and for how to develop a green and equitable economic strategy. 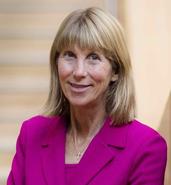 Anne Steinemann, Ph.D. is a distinguished scholar, environmental health scientist, a consultant to the EPA and major contributor to research on the toxicity of everyday products, and chair of Sustainable Cities, Department of Infrastructure Engineering, Melbourne School of Engineering, The University of Melbourne, Melbourne, Australia. For many years, Dr. Steinemann has also been a chronicler of Multiple Chemical Sensitivity.

To assess the prevalence of multiple chemical sensitivities (MCS), its co-occurrence with asthma and fragrance sensitivity, and effects from exposure to fragranced consumer products.

Among the population, 12.8% report medically diagnosed MCS and 25.9% report chemical sensitivity. Of those with MCS, 86.2% experience health problems, such as migraine headaches, when exposed to fragranced consumer products; 71.0% are asthmatic; 70.3% cannot access places that use fragranced products such as air fresheners; and 60.7% lost workdays or a job in the past year due to fragranced products in the workplace.

Prevalence of diagnosed MCS has increased over 300%, and self-reported chemical sensitivity over 200%, in the past decade. Reducing exposure to fragranced products could help reduce adverse health and societal effects.

This is an open access article distributed under the Creative Commons Attribution License 4.0 (CCBY), which permits unrestricted use, distribution, and reproduction in any medium, provided the original work is properly cited. http://creativecommons.org/licenses/by/4.0

Conflicts of interest: none declared.

Supplemental digital content is available for this article. Direct URL citations appear in the printed text and are provided in the HTML and PDF versions of this article on the journal’s Website (www.joem.org).

Copyright © 2018 by the American College of Occupational and Environmental Medicine

3 thoughts on “Red alert on toxic chemicals from a new U.S. study: “Prevalence of medically diagnosed MCS has increased over 300% in the past decade.””