PORT HURON, Michigan sits just across the Blue Water Bridge from Sarnia, Ontario. The St. Clair River flows between them, carrying the waters of the Great Lakes of Michigan, Superior, and Huron south. From Sarnia and Port Huron past the recreational shores of Lake St. Clair to the industrialized southern reaches of Detroit, the St. Clair water system picks up the wastes of one of the most highly industrialized regions of the world. Eventually it discharges these into Lake Erie just north of Toledo, Ohio. As one of the largest installations of petrochemical plants on the continent, Sarnia hosts, among many others, Suncor Energy, Imperial Oil (Exxon), Shell, DuPont, and Dow Chemical. Twenty of its plants produce daily emissions that are large enough that they must be reported to Environment Canada’s national registry of pollution releases. In the 1980s the so-called Sarnia Blob of toxic chemicals was discovered in the St. Clair River, and the river is one of the sites where federal scientists have found wildlife with blurred sexual characteristics. Just as Illinois, Indiana, and Ohio send their toxic airborne fuel emissions north and east to cover a territory that ranges from Windsor to Quebec City, sometimes for weeks at a time, gagging Toronto, Ottawa, and Montreal as well, so Sarnia sends its harsh, concentrated pollution south, down the river to the United States. Pollution doesn’t recognize borders.

On the Aamjiwnaang First Nations Reserve just south of Sarnia, literally in the midst of those petrochemical installations, children play on lawns and suburban streets. Yet less than one hundred yards away at the plants, the workers have dressed for some years in biohazard suits. And in recent years the community has begun to figure out why: the births of girls outnumber the births of boys two to one, and the ratio continues to worsen; women have been reporting multiple miscarriages; and many children are having problems with normal sexual development. As in other jurisdictions, these frightening problems have gone hand in hand with an equally frightening phenomenon: a striking rise in the number of children with problems of neurological development and mental health. Large numbers of children at the local elementary school have below-average intelligence, developmental delays, learning deficits, and behavioral problems.

Living in the shadow of a toxic industry may be a worst-case situation, but it would be a mistake to believe that anyone not surrounded by chemical plants or directly living in their plumes is out of harm’s way. Scientific investigations have repeatedly shown us that, through many forms of dispersal, the persistent organic pollutants (POPs) these plants produce have been carried to the remotest places on earth and that we all carry them in our bloodstreams. Science has also demonstrated that extremely low levels of these toxicants can cause significant, lifelong damage to children’s sexual, neurological, and immunological development; the damage is especially problematic when they affect fetuses, infants, and toddlers.

Many scholars and commentators have been pointing out for years that growing numbers of American children are failing to thrive. In the wealthiest country on earth, we are witnessing yearly increases in youth violence, emotional volatility, depression and even suicide, substance abuse, and plummeting educational achievement. Along with “emotional” problems—volatility, anxiety, panic, depression, suicide—we’re witnessing an epidemic of neurodevelopmental disorders. These include learning disabilities, dyslexia, mental retardation, attention-deficit disorders, and autism, and they now affect 5–15 percent of the 4 million babies born in the United States each year. Without question many sociocultural factors are contributing to this troubling state of affairs. This article sheds additional light on the role of environmental toxins and, in the briefest of terms, points toward some solutions. 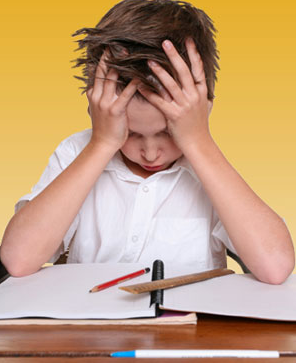 Praise for No Child Left Different

“This is a must read for anybody interested in the health and welfare of children. …[T]he various authors, leaders in their respective fields … demonstrate how a medical establishment obsessed with finding genetic causes routinely obfuscates environmental factors, and how a pharmaceutical industry obsessed with profits only sees self-interested opportunity in the suffering of children.” Joel Bakan, author (and co-director of the film) The Corporation.

“An important book raising critical concerns about childhood, drugs and how unfettered corporate interest combine with the romance of a quick fix to undermine children’s health.” Susan Linn, Ed.D., author of Consuming Kids, associate director of the Media Center of the Judge Baker Children’s Center and Instructor in Psychiatry, Harvard Medical School.

“The clarity, passion and power of the authors’ writing strengthens their vital message. A must read for parents, mental health professionals, and policy makers and a forceful call to action.” Laura E. Berk, Distinguished Professor of Illinois State University, and author of Awakening Children’s Minds: How Parents and Teachers Can Make a Difference.